Tibet – The Roof of the World with Songstam 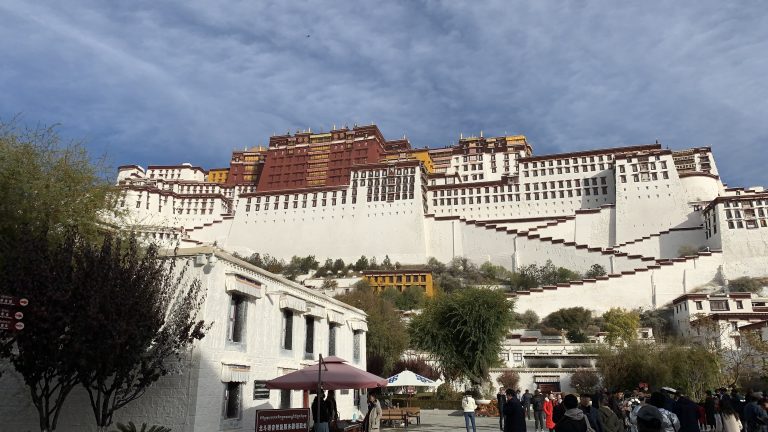 Tibet has always been on my bucket list of destinations to visit and in September I received an email from one of our Preferred Travel Suppliers that asked if I had an interest in visiting and learning more about Tibet. After answering a few questions and getting qualified for the unique opportunity I received the great news – I was accepted!

Fast forward two months and I am on a flight from New York, JFK to LiJiang, Yunnan, China. Upon arrival, I met our host “Ring” from Songstam Boutique Lodges & Tours. Ring would be one of my favorite guides I have had in any of my travels with an energetic and knowledgeful approach to everything he made learning about his beautiful destination a pleasure.

This was not my first time in China, however, I have visited Shanghai, Beijing, Xi’an, and Suzhou just a little bit more than a year ago (October 2018) and I was not impressed. To be frank, I vowed never to go back to China ever again as I disliked it that much. However, to my surprise my trip to Lijiang has changed my view on China and there is some beauty in this vast country and I am so happy I gave it a second chance.

LiJiang is a unique city in the northwest part of the Yunnan Province. The home of the Naxi and several other ethnic minority (Chinese) groups. The old town encompasses cobblestone streets, canals and a market square with so many shops and restaurants with a backdrop of the Jade Dragon Snow Mountain range!

As I walked through this old town I felt like I walked into another world where women were doing hard labor carrying loads of gear while men were just hanging around chit-chatting. Shopping was all around and the architecture reminds me of the TV shows I used to watch as a child. Every corner I took I just could not stop taking photos because I could not believe my eyes how different each scene was. I felt like I was walking through movie sets with picturesque views.

LiJiang is also known as the home of the Nashi – a native ethnic group mainly living in the southwest provinces of China. I had a unique opportunity to visit one of their homes and learn to make food out of Chickpeas and even got to try wearing the traditional Nashi attire (see the photos below).

After having an experience with the Nashi family we took a bike ride out to a nearby temple to learn more about some of the local Buddhist traditions. The bike ride was one of my highlights of the trip and the temple was simply unique.

LiJiang is not only beautiful in the day, but at night, it is even more unique from the flower-covered bridges over the canals to the night clubs that feel like they do not belong inside of old traditional homes and shops that line the waterways. I must say this felt a bit like the Amsterdam of the East! We even got to see something that was a bit more traditional with placing lanterns into the canals after making a wish. If you ever wanted a taste of the old meeting the new, Lijiang at night is surely something you cannot miss!

After a few days of exploring Lijiang we started heading north on a drive to Shangri-La….. yes it does exist and it is not just in the storybooks! Within Shangri-La, there is a scenic canyon located on the Jinsha River (northern Yangtze River) named the Tiger Leaping Gorge. There is not much to say about this gorge other than it is beautiful and we did an amazing hike on the mountains to take in the fresh air and see the gorge from up top. The views were just so Scenic we just had to take some awesome photos!

After a long hike, we rested in our hotel and visited the largest Tibetan Buddhist Monastery in Yunnan Province – The Songzanlin Monastery. It is located in Shangri-La County at the foot of the Foping Mountain. The monastery also has another name – “The Little Potala Palace” because the whole monastery is in the traditional style with the same mysterious atmosphere. In 1679 the Dalai Lama chose this place by divination and it went to become the uppermost public place in Yunnan. There is a lot of history with the Red Army during the Cultural Revolution however we will not be talking about that in this topic (feel free to message me via social media for my opinions)

We are finally here, the capital of the Tibet Autonomous Region, rising atop the Red Mountain at an altitude of 12,150 feet, the red and white Potala Palace that once served as the winter home of the Dalai lama. I had the opportunity to go into the Potala Palace and see how the Dalai Lama and the monks lived. It reminded me a lot of the Vatican and how it operates today. However, because photos were not allowed inside of the Potala Palace, there are no photos of the inside from me (sorry).

After visiting Potala Palace we went over to the old town of Lhasa to check it out and I must say it was exactly as I imagined it to be with the security and the local shops with those worshippers going all around the town fulfilling their year-long pilgrimage to the holy land (as respect to the worshippers I did not take photos of individuals). I do believe that photos will speak much louder, so I have included the photos below for everyone to see.

Due to political views, I will not be speaking about sides or the Dalai Lama however I do have my opinions on the situation and am open for discussion, please feel free to contact me via social media.

Special thank you to Songstam

I would like to extend a special thank you to the team at Songstam for their hospitality and the once in a lifetime opportunity to visit this beautiful place. I have learned a lot and am curating custom trips for travelers to visit the Charming Yunnan and Tibet so they can explore and experience all the awesomeness I was able to experience on this trip! Until next time!

Are you ready to go to Yunnan & Tibet?

If you are ready to go to Yunnan & Tibet please be sure to reach out to me! I have so much more information to share than what I am able to post on this website. If you need assistance with arranging tours, permits and more for your trip, be sure to contact me on any of my social media outlets! I look forward to taking you to Yunnan & Tibet!

Mexico City – The Capital of Mexico